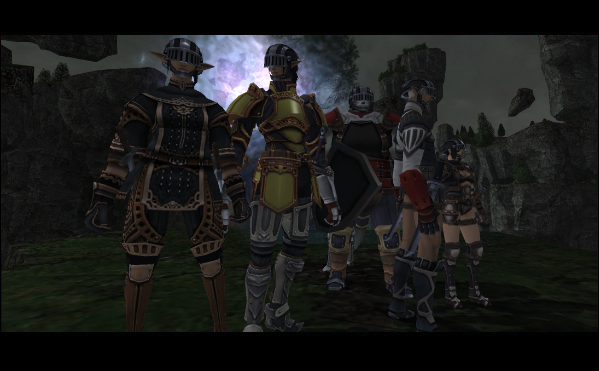 FFXI private servers are a thing and they are glorious. The community you loved? It still exists.

Nasomi or Eden for the old school 75 experience. 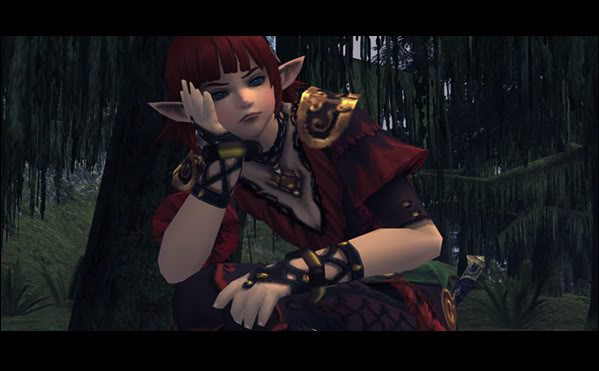 I miss this game. And I miss the community and drama that came with it.

If I could choose to go back to the 'golden era' of FFXI I would do so in a heartbeat, sure has been a lonely few years since then.

Been trying to follow year old drama on BG concerning Ex-Ragnarok members and current Rag LS's (bumped into Maku's profile again earlier while browsing LJ) it eventually lead to CG (as it always does). I don't fully understand what happened though, there's what? 3 spinoff LS's now? Someone stole a bank and some other stuff happened. I missed loads. 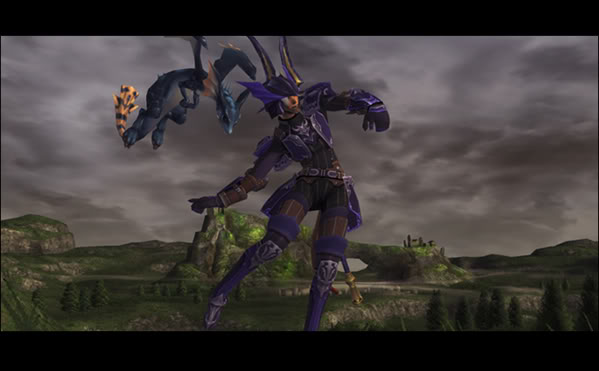 Why do I always decide I want to play again at the end of the month after I cancel my subscription? This is probably the third time I've had to wait a few days for payments to process so I can renew subscription and log on.

I'm back again, not sure how long for this time, I'm playing casually since I'm still on the raiding roster with Diyu. I heard almost all the respectable linkshells have either disbanded (EC, SF, AV) and that there's only a handful of noteworthy end game shells left (Rage, Zanketsuken are the only ones I remember). I haven't really been into end game since 2007ish so I'm behind on a lot, I've mostly just been leveling subs on Selphius and doing nation missions. I still have almost all the expansion missions to complete and a lot of meriting to do before I would consider applying anywhere on this character since my gear is not up to scratch.

Most of my friends have either quit or server transferred, and it's difficult making new ones these days. During my prime in XI I used to be a lot more talkative, but I've gradually become withdrawn.

That's one of the reasons I always go back to WoW, I have friends in Diyu who make me feel less lonely. :'( 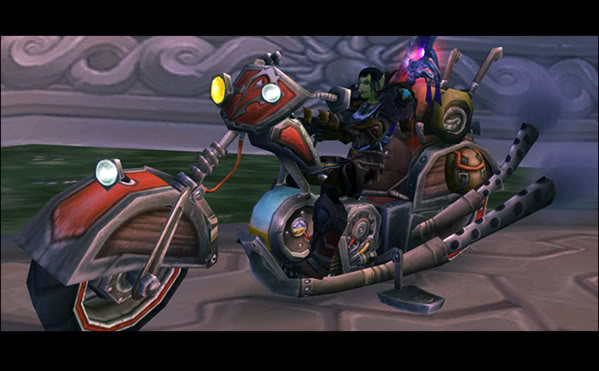 Get to the Choppa!

It's been a while since I posted last, I went back to WoW again, Diyu was remade and we went straight to ICC. After getting Saurfang down when the first wing was released the atmosphere in the guild was very tense due to some drama with the leader which caused a few of the officers to consider leaving, instead Heymol (long time core member) decides to quit to focus on school and the guild disbands. More decide to quit, others left the server. Most stayed but had no idea what they were going to do, needless to say the second revival didn't last very long.

Considering most of us didn't want to seperate and look for a new guild, Mido and I decided to lead instead. We asked Spazzie to pass leadership to Midoban, I gave the forums a makeover and we started recruiting. It's been great so far, we're 10/12 in ICC 25, 11/12 in ICC 10. Our progress was fast paced and steady up until our two main tanks decided to quit, as well as three other core members. We've since replaced them but now we're struggling on bosses we had on farm for weeks (Putricide, Rotface) due to intense server lag and the new members not having much experience.

I don't know how it'll go, WoW becomes very tedious after having the same raid instance on farm for months. ICC25, ICC10 and VoA25 are pretty much all we ever do since there's nothing else worthwhile and people are getting burned out real fast. It's a bit depressing that none of the raid tiers below TotC are used anymore (except for weekly quest or hardmodes). In TBC you had to progress gradually from heroic dungeons up through every raid tier, in WotLK you start with heroics, get the T9 set with badges and go straight to TotC while completely ignoring Naxx, Ulduar, OS and EoE. I geared up my Warrior within a week for ICC, my weapons are a bit shit but I can pull decent DPS and now I've run out of things to do.

That said, I'm excited for the FFXI patch with the level cap raise, means I can catch up with everyone on content and gear. Perhaps I'll even find a new Linkshell if Diyu doesn't work out after Lich King. Who knows.

LOOKS AMAZING. HOLY CRAP.
I would definitely renew my subscription if they were to patch that in the game.
All of these things were suggested on the AionSource forums, they even have the dive motion. NICE. 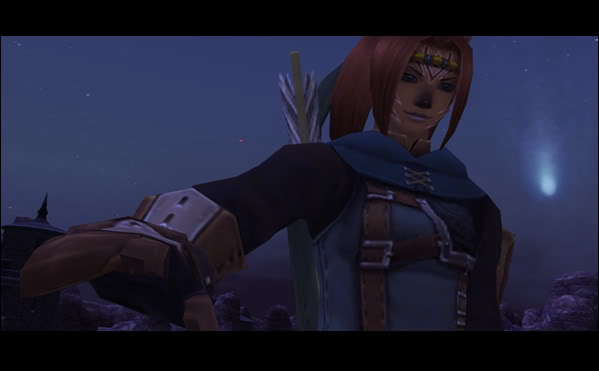 I can't shake the feeling that I left FFXI behind too soon. I was expecting there to be many more expansions, the far east, the far west Ulbuka, the north Rhazowa and the Mithran homeland Olzhirya haven't yet been explored. I regret not restarting as Elvaan before I leveled RNG, or attempting to find a new LS while the community was still very active. Maybe I'm longing for better days; or I just miss the lively atmosphere of the game. WoW makes me feel isolated but FFXI makes me feel isolated too, the community is dying and my friends have either drifted away or quit. When I play WoW I miss FFXI; and when I play FFXI I miss Diyu.

I wish I could go back to that time, I love this game and the people in it. 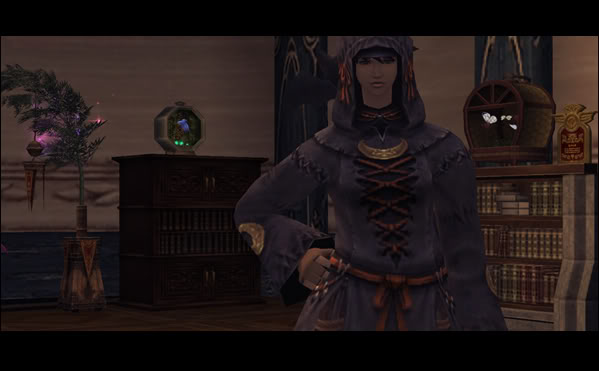 Happy Halloween!
I always get the urge to play after I listen to the OST, airship theme is my jam.

Thoughts on Aion: The Tower of Eternity

- The terrain feels unfinished and glitchy.
- Rubber-banding occurs even when latency is fine.
- If you get stuck on terrain you die and teleport to the obelisk you're saved at with exp loss and a debuff.
- Claim system is whack, kill stealing occurs more often than it should.
- Looting system is limited, you can either need or pass and if the timer expires you automatically pass.
- No option for auto looting, macroing it doesn't count.
- Super grindy. When you hit 40 there are very few quests scattered around and it takes an entire day to grind one level.
- Personal stores have walls of text that clutter the towns and cities.
- The quality of quests are not great, it seems like the devs got lazy because the majority of quests past 30 are gathering or repeatables.

Those are the most significant things that bug me about the game, the terrain thing is especially annoying since the game has been in development for a while and has been running in Korea and China for at least a year. The player base is generally dismissive of the fact that NCSoft are an experienced company that have released many other MMO's; and not some underdog that just threw their first game up on the market. I've noticed that most of them respond to any criticism with "It's just been released", but the lacklustre looting/claiming systems are not products of a buggy release.

I will be patient though, the only thing that keeps me playing (since the grinding certainly isn't fun or motivating at all) is the hope that they'll listen to the player base and adjust. I hope I haven't chosen a terrible class (Gladiator), been hearing it's not so good in the abyss and if that's really the case imma be very sad.

Lastly; the player base drives me fucking crazy. I hated seeing "WoW killer" everywhere on AionSource, and now they're spamming it in general chat. It's cute that WoW is the bandwagon love to hate game but it's definitely not dying. At this point I'm starting to think that the Aion player base actually came from FFXI, both have some kind of weird WoW-complex. 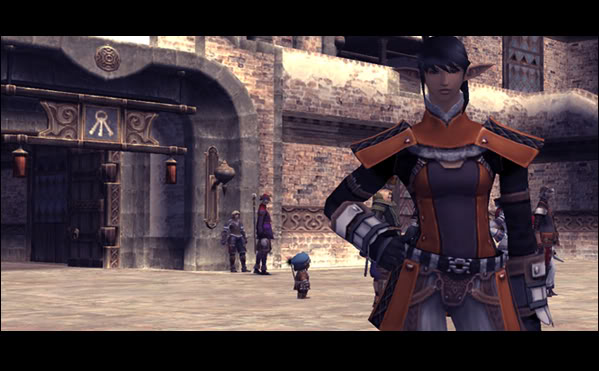 It's time to fight Maat again, probably ez since they changed the 2hr to Spirit Surge.

Been chilling in XI, the past 2 days have been a grindfest from 63 to 70. I got my gear back from Seef, Diyu disbanded for the third time (Hezzy went off to DarkStorm, traitor). We were pugging 10 mans with Lambrini and Alenne for a while but they've joined Viye and aren't allowed to anymore. Got Dagmar geared up, 30k HP and DEF capped; but only tanked a Naxx 10 and some heroics so far. Me, Gamba and Mido also did a quick MGT run for shits and giggles and got the White Hawkstrider, which I won. Selph now has some Ulduar 10 and TotC 10/25 gear thanks to Kate and Alenné, I stopped raiding for a few months and he was in dire need of an upgrade. Aight, that's me done rambling.
Collapse